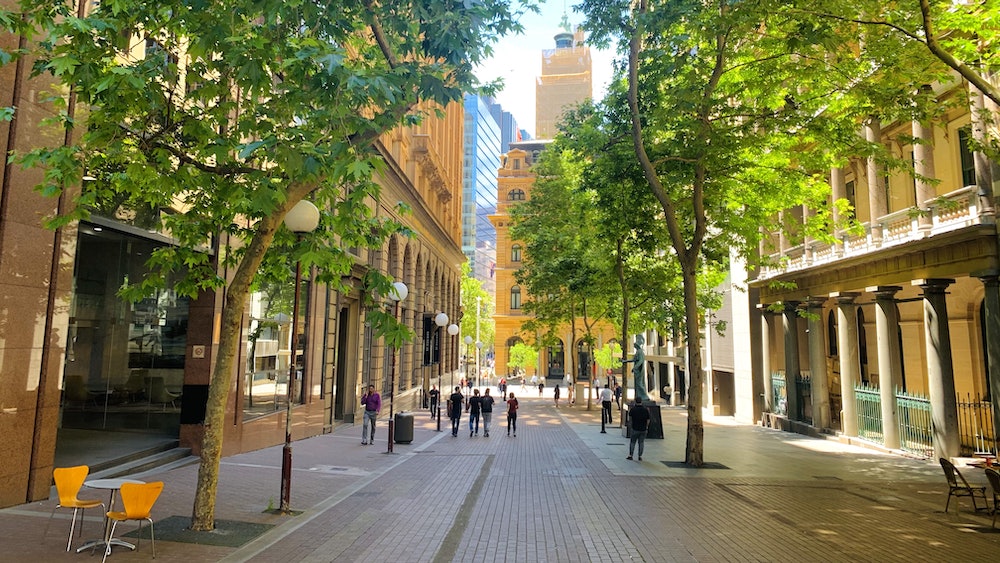 Hear from the acclaimed authors of Public Sydney as they take you on a journey through Sydney’s public spaces and architecture in conversation with Colin Bisset, writer, traveller and contributor to ABC Radio National's Blueprint for living.

Explore at your own pace with our self-guided audio tour providing unique perspectives on architecture and design in your city.

Start this tour at the Museum of Sydney forecourt. You will walk from here to Wynyard, then to Martin Place and finish at Town Hall.

The walk is generally accessible, however the first section on Bridge Street tends to be a steep descent and then ascent to York Street. Once on York Street, the rest of the walk is generally level. Things to be aware of are several sets of lights with pedestrian crossings and tram tracks along the way, which you will cross at least three times during the tour.

Several of the stops have seating, including the museum forecourt, the three parks on the route, Martin Place and finally, at Town Hall itself.

Carry water, wear a hat and sunscreen plus sturdy footwear and pack wet weather gear for a rainy day. During business hours, there are plenty of shops along the route, including cafe and takeaway facilities.

There are accessible toilets at the Museum of Sydney during opening hours (Thu-Sat, 10am-5pm). Other toilets can be accessed at Wynyard Park, QVB and Town Hall.

Public transport options include tram stops along the way as well as Martin Place and Town Hall railway stations, both of which have lift access.